My mother was always saying that Night of Saint John's day's is full of mysteries and Earth reveals its treasures - she had her birhday this day. The heaven has opened and I managed to catch a new positive asteroidal occultation.

The night was fantastic. I was deciding whether to do a deep sky object or pay attention to occultation. I chose the second choice and now I know that it was the best. Despite the low altitude above horizon and low brightness of the target star I managed to find it quite fast. Exposute time had to be set to 0.4s due to detection in noise. After that I was waiting and finally recorded the occultation.

The map with predicted path: 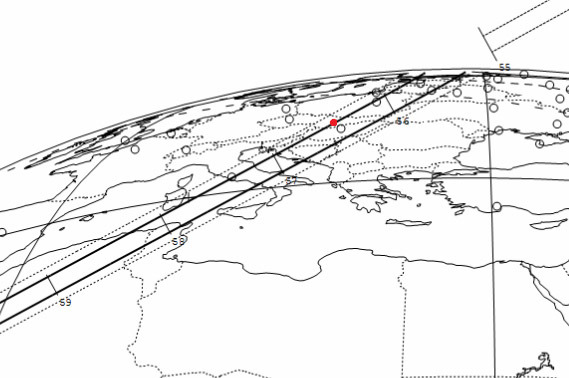 The exposure time is rather long and it is obvious that I need a better CCD camera for occultations. Reader, do not you want to be a sponsor? :) 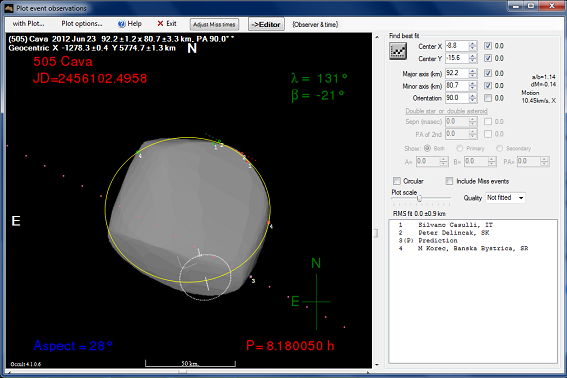 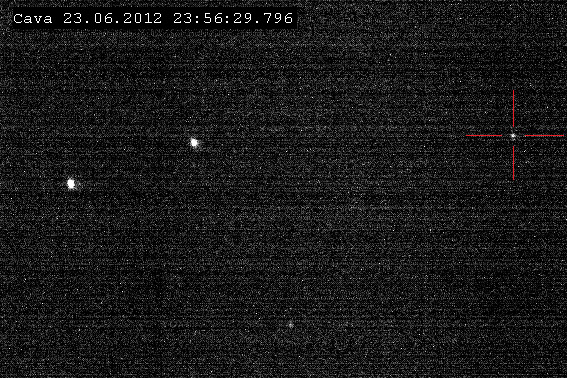