The weather was horrible last months. Really, there were few days without clouds. It is rather depressing. No wonder that I was pleased with observing halos in the sky during my lunch break. As you can find out, my last contribution was added over 5 months ago. Too long timeŌĆ”

My first look up to the sky revealed a nice 22 degrees halo around the Sun. I increased the speed of my walking home for a camera. However, when I reached my destination and took out my equipment the halo was gone. As the sky was covered with typical type of clouds, it was only a question of time when another halo appeared. I felt it in my bones.
After a few minutes a parhelia (sometimes called Sundog) appeared on the right side. And a part of parhelia circle as well ŌĆō you can see it in the fourth picture below. Duration of this phenomenon was short. Fortunately, the situation was developing positively. On the other side of the Sun appeared another parhelia. This one was brighter as you can see in the fifth picture. The parhelia circle was complete, but it is good visible in the first picture. It is a thin white line from the Sundog to the left part of the picture.
In the third picture you can find another two halos. One is upper tangent arc (situated above on the left side of the parhelia) and the second one (situated on right side opposite the tangent arc) is a part of 22┬░ circle. Unfortunately, these halos are very faint. Can you see them?
The first and the second picture show you the whole scenery from a window. When I was coming back to my work some of my colleagues asked me what I am looking at. Phenomena in the sky - it was my answer. It is a pity that almost all people are just looking at a pavement in front of them ŌĆ” 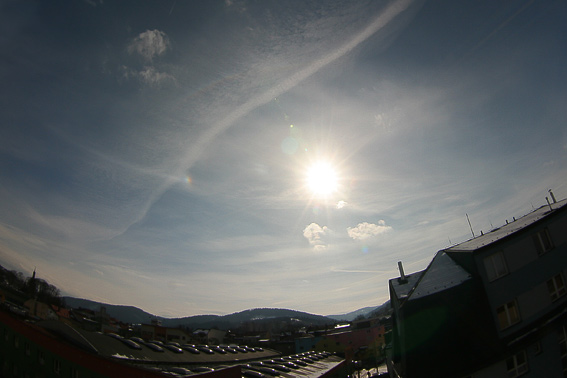 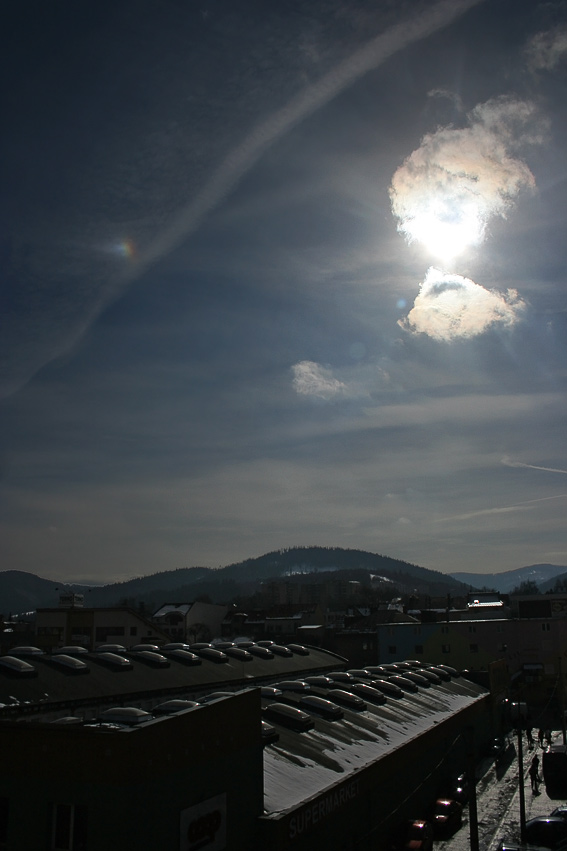 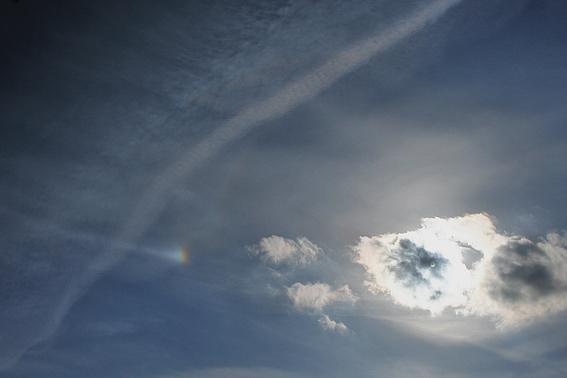 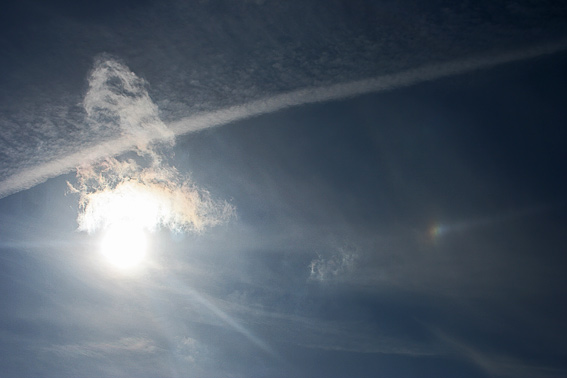 And this is the detail of Sundog. 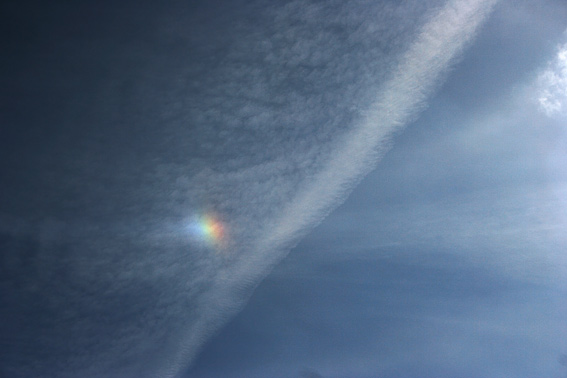