There are a few notes and feelings from expedition.

There were several pieces of information about finding some fragments of meteoroid Kosice which flew through atmosphere 28.02.2010. After gathering video records (from Hungary) was analyzed a time of the flyby, a lightness, a duration and later also a hypothetical impact area (Dr. Spurny, Dr. Borovicka - The Astronomical Institute of the Czech Academy of Sciences). Even the first expedition 20.03.2010 organized by Astronomical Institute Slovak Academy of Sciences and Faculty of Mathematics, Physics and Informatics Comenius University of Bratislava confirmed that calculations were correct. The first find was by Dr. Toth. There was another and another after it.
One of the next expeditions was 6-8.04.2010 and was coordinated by Dr. Toth (Faculty of Mathematics, Physics and Informatics Comenius University of Bratislava) and Mgr. Kaniansky (a head of the Observatory and Planetarium of Maximillian Hell in Ziar nad Hronom). I was invited to participate by Dr. Masiar (a head of Kysuce Observatory in Kysucke Nove Mesto). 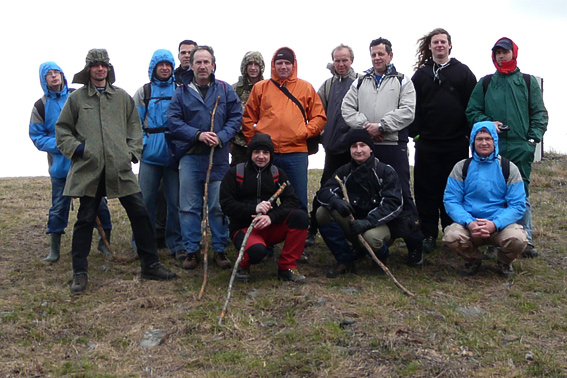 We set out for the expedition on Tuesday (06.04.2010) morning by train. After an arrival at the place of our accommodation we had lunch and went out to terrain in order to hunt for meteorites. First a plan of searching was introduced to us and then we started. We set out.

We arranged into a formation and began. We were very concentrated and looking at ground and proceed step by step. Somewhere dense forest, somewhere tornbush. Never mind, we continued. We were being pushed forward by an idea and possibility of finding another fragment. On the top of the hill cold wind tested our intention and I was happy that I was wearing warm clothes including gloves and hat. We were going through meadows and paths. 15 men were peering in front of their legs and looking for a piece of black treasure. Suddenly a colleague on my right side shouted. It was the first find of the day.

Our mood looked up rapidly and we went on searching the rest of the meadow. Nothing. We searched up another meadow. Nothing. We came slowly into beechen forest full of old brown fallen leaves. It was almost impossible to find anything there â€“ probability was approaching the zero. Suddenly I caught sight of it. A small black stone on the ground. I picked it up and shouted when I was sure that it was that I was looking for. Unbelievable. In such a terrain and so small stone.

Others came to me immediately. Photos, GPS measuring, congratulations. I had no idea about time or duration of this moment and we all moved again. I was full of excitement. I carried on with smile on my lips. I was scanning the surface in detail. After 30 minutes I caught sight of another.

I shouted again, but only men beside me paid attention. So I shouted in a higher voice. Then all stopped and another taking photos, measuring positions and evidence by Dr. Toth began again. I was happy. Smiles, another congratulations from my colleagues. On the other hand there were talkings that it was enough and it could be probably better to leash my leg to a tree because others want to find it as well. But all these remarks were in good meaning. So we went on. But without success. After return back I had a good dinner, a shower and I headed to my bed because I felt exhausted. I did not sleep well last night â€“ probably go fever. I was lying and thinking about moments when I found meteorite. This night was almost sleepless. Euphory did not allow me it.

We set out on the next morning again. The plan is prepared for the whole day. We headed into areas where some bigger pieces were expected. We were walking the whole day, however, in vain. In the afternoon we reached a valley. A half of us decided to break searching and came back. All began to feel tired and be more and more skeptical. After short rest we set out for hunting again through forest. Someone shouted and announced another find.

Finally. In spite of the fact that we were very tired our mood looked up. In the end we were only four for searching at place of the first find â€“ unsuccessfully. It was a pity.
On the Thursday morning we set out even earlier than the day before. For quick movement into next valley was used a bus and after an arrival, according to calculations, we chose the best direction. There was a steep slope in front of us. We reached the top approximately after 30 minutes. Another searching began again. Wee felt hundreds of meter in our legs. Our leader informed us about high possibility of a find due to the fact that bigger pieces had been found in incoming area. So inspite of our tiredness we carried on. However, our trying was resultless today. Nothing. I could read sadness in faces of my co-searchers. We picked tens of ticks from our trousers. Another searching group was more successful. They found two pieces.

The end of expedition was approaching. We were going quickly back into civilization and caught a bus to the town. We discussed our impressions from the action and about effectiveness of another trying due to new green vegetation during our traveling by train.

If I look back and evaluate this expedition from my point of view, first, I must thank all people who participated in this. My thanks belong to Dr. Masiar for an invitation, to Dr. Toth and Mgr. Kaniansky for perfect organizing as well as to all people who had collected videos and had calculated impact area. An expedition like this wound not has been possible without their effort. Once again thanks for it.

It is very unusual life experience for me and the fact that I was able to find two pieces will be a source of my inside pleasure for a long time. 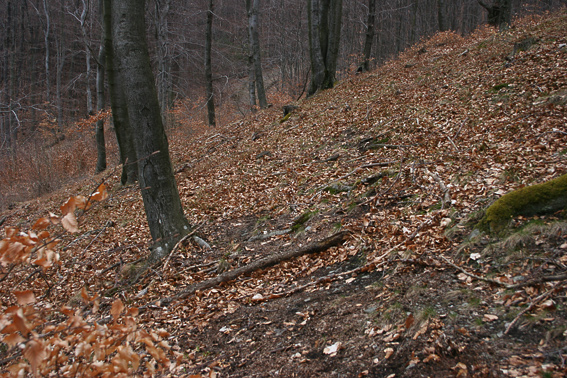 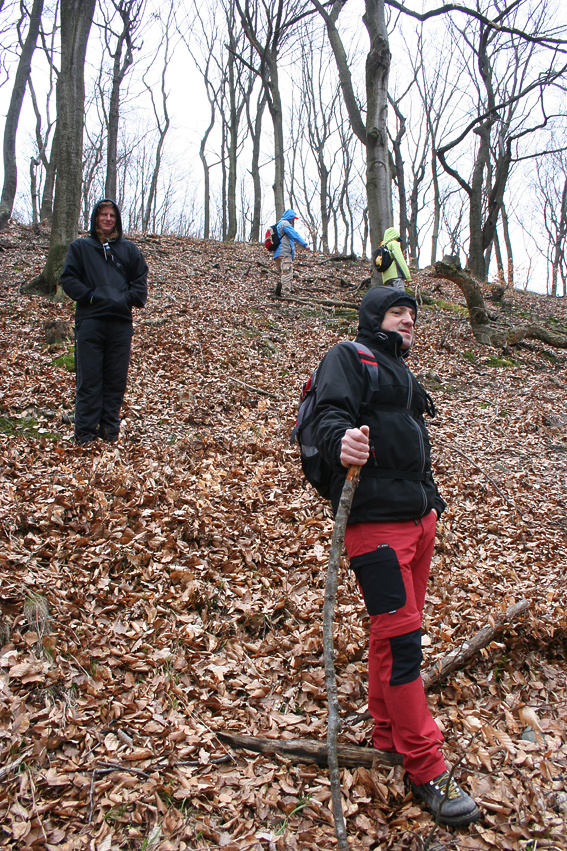 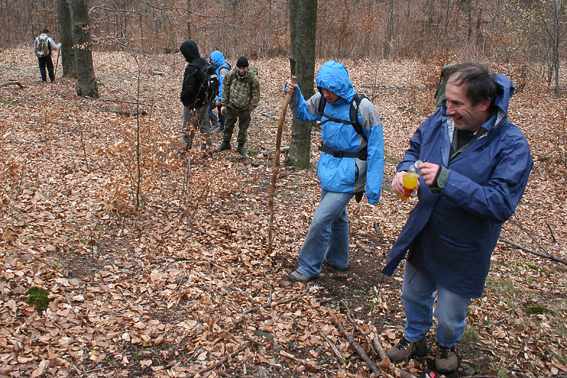